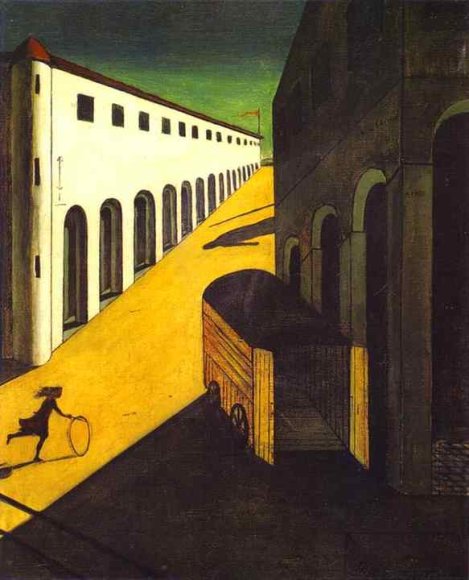 One day early in November my wife, Ally, approached me with tears in her eyes. One of her friends had posted The Rucksack Project video on a Facebook group that she belongs to & it had moved her profoundly. She asked me to watch it & I did. Within minutes we had agreed that we needed to create a Rucksack Project event near to home.


After some discussion with friends we calculated that Bradford was the nearest city to us that might truly benefit from the Rucksack Project. Within a few days I’d made contact with Mathew White, founder of The Rucksack Project, & created an event page on Facebook. Ally & I launched the event on our Facebook pages. The response was astounding. Within one week over 100 people had pledged their support. As people joined the event they shared it on their own Facebook pages, causing it to go viral. By the day of our event, almost 500 people had signed up to it.


Prior to this event I’d only been to Bradford on a couple of occasions. It was a steep learning curve trying to identify & locate all the homeless projects that served the City. So, I hauled my mate Danny (who doesn’t ‘do’ Facebook) on board &, with his help, managed to find & either visit or contact just about every homeless project in the area.


Despite having identified December 21st as the day of our main event, we quickly decided to ask people to put some rucksacks together so we could hand them out earlier. Winter was rapidly approaching & it seemed crass to hold onto all the rucksacks until that date. Additionally, many people wanted to be a part of the Rucksack Project but couldn’t make the main event. So,  I identified a number of collection points where people could drop off their rucksacks & other items of clothing, enabling me to pick them up & distribute them almost immediately to several homeless projects. Nige Mason offered up his garage in Idle as the Bradford collection point, Hanna Bennett from People First at the Furniture Project in Keighley volunteered to receive rucksacks from Keighley folk and Ally offered up her shop, Crystal Space, as a collection point in Silsden.


One of the homeless projects we connected with was Hearthounds UK, a charity working with homeless people & their dogs. Danny & I met up with them one Thursday evening, together with people from the ‘Streetwise’ project who were handing out warm meals in Centenary Square. It was the most humbling of experiences as we handed out rucksacks to several homeless people whilst Carrie & John from Hearthounds talked to a homeless person & his dog. Fortunately, we had a bag full of dog food & treats with us that someone had donated & were able to hand them over to him together with a rucksack. His gratitude totally rocked my soul.


When we began planning our event in early November, I had a vision of us all forming a flash mob & descending on Centenary Square to hand out our rucksacks directly to homeless people & rough sleepers. I gradually began to realise the impracticability of my grand plan, particularly when the number of volunteers ascended into the hundreds. The more I thought about it the more it made sense to distribute our rucksacks as widely as possible so that they would reach & benefit as many people as possible. With hindsight, it was the best decision, given the veritable mountain of rucksacks that we built in the space of one hour at The Great Victoria Hotel … too many by far to take out & distribute among the homeless in one fell swoop. 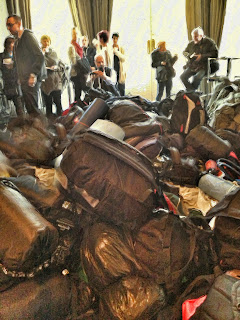 And what a wonderful venue The Great Victoria Hotel turned out to be, run by an equally wonderful bunch of people who not only let us have the rooms for free but also threw in free parking for us all & mince pies to boot! Huge thanks to Becca Porter, the Meeting & Events Sales Co-ordinator at The Great Victoria, who bent over backwards to accommodate our every need &, also, to the indefatigable Helen Rigby from FUNdraising 4 U who approached the Hotel in the first place & who worked so tirelessly & selflessly to make our event a success.


Yet, having taken a rucksack along to the Manchester event the following day, there is nothing to compare with actually handing over a rucksack to someone who desperately needs a change of clothes, a sleeping bag & a waterproof coat. I was privileged enough to mingle with many of the Manchester people who received a rucksack. Their gratitude was so clear to see & their stories heart-wrenching at times. How incredibly tragic that the vast majority of people’s over-inflated egos cause them to swerve the issue of homelessness.

Before we reached the Manchester event in Piccadilly Gardens Ally & I stopped to talk to a homeless person sat outside the Costa Café on the edge of the square. His face lit up when we engaged with him & he proudly took up his guitar & played a song for us. He had a story to tell & we listened to him for a while. Given our backgrounds in psychiatry it seemed to us that his homelessness was quite probably related to a lengthy history of severe mental health problems. And hundreds, possibly thousands, of others merely passed him by … either repulsed by his difference or, sadly, too focused on their own personal Christmas missions to even notice him.

Back to the Bradford event & that incredible swell of rucksacks in the centre of the room. Every single person present (& lots more who would have loved to have been there but couldn’t make it) was brimming with a genuine desire to help, to ease the discomfort & suffering of a homeless person. Christmas, that thing that glitters & dazzles in every supermarket & department store from the middle of October, had suddenly taken on its original meaning again. This was a Nativity scene being played out right in front of our eyes: people arriving & laying down their gifts to the cause. It was a moment of true giving with absolutely no thought of reward or recompense but for the common wages of our most secret heart … that inner glow that thrums gently deep in our innards.


And how heart-warming & reassuring it was listening to the people from Hearthounds & Horton Housing telling us about the wonderful work they’re doing. It was at some point during these presentations that everything disappeared from my consciousness & nothing concrete remained: no windows, no doors, no pictures on the wall, no people … no rucksacks. Just an immense feeling of oneness, as though myself & my surroundings had melted into each other, joined by a unifying purpose of helping homeless people.


Now, we are done. The event has passed & our rucksacks are already being distributed to those who need them. In a way this blog represents closure, though the feelings of solidarity & kindness generated by it will remain within me always. All that remains for me to write now is a massive ‘thank you’ to Mathew White, an inspiration to us all … & an acknowledgement that homelessness is a huge, world-wide problem that needs responding to constantly. Between us we have done a small but priceless piece of work with homeless people. Let us think about how we can build on this in 2014 & take the Rucksack Project forward towards even bigger & better achievements. 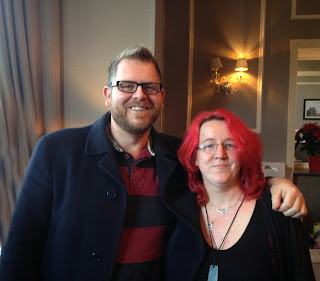 Peter Wilkin
I am a retired psychiatric nurse/psychotherapist and an avid writer brimming with words in search of truth and beauty (not necessarily in that order). I have written extensively on the subjects of psychiatric nursing, psychotherapy, philosophy and spirituality and have over forty published works in various books and professional journals. I have just completed the first draft of my first novel, which is set within the interworld of Psychiatry and which I hope to have published in the near future.